I’d really love to say that in 1976, I went into a record store, plopped down a five-dollar bill, and walked out with the debut album of Tom Petty & the Heartbreakers after reading about them in Creem magazine. Unfortunately, I did not discover Tom Petty and his ironically named band, The Heartbreakers, until the summer of 1978. Sometimes, we writing this blog, I try to come off as some cool Midwesterner, when in fact nothing could be further than the truth. Still, after discovering Petty in 1978, I developed an immediate musical kinship with the artist and his art, which still put me well ahead of my friends’ tastes in music.

So, how did I discover the magic of Tom Petty’s music? In retrospect, 1978 seemed to be the year of the movie soundtrack. After all, earlier that year, record company impresario and talent manager Robert Stigwood and his favorite band on his roster, Bee Gees, had just struck platinum, as well as a cultural chord with the public, with a soundtrack to the film Saturday Night Fever. Suddenly, the music industry was willing to stuff a soundtrack full of rock songs recorded by a multitude of artists in order to strike upon some hidden formula that Stigwood and the Bee Gees had stumbled across. During 1978, it seemed as though soundtracks were bring dropped every month. Some of the more memorable of these collections were Grease and Sgt. Pepper’s Lonely Hearts Club Band (both of which were created under Stigwood’s leadership), the Fever-influenced disco soundtrack Thank God It’s Friday and the soundtrack that was much better than the movie from which it came FM.

FM, as the title implies, was a collection of songs by artists who continue to be heard on classic rock radio to this day. Seriously, how could an album possibly fail when it has classic rock cuts from the likes of Boston, Doobie Brothers, Eagles, Foreigner, Billy Joel, Steve Miller Band, Queen, Bob Seger, Steely Dan, James Taylor, Joe Walsh, to list a few found on these two slabs of pressed vinyl. Still, squirrelled away between the likes Foreigner and former Eagles singer/bassist Randy Meisner was this relatively unknown group called Tom Petty and the Heartbreakers with their eventual classic “Breakdown.” Back then, unfortunately, many of my friends would simply pick up the needle on the album before Petty’s song came through the speakers. Yet, of all the music packed on these two records, I was most taken with this song by Tom Petty and the Heartbreakers called “Breakdown.” It got to the point where I was only listening to that single cut on the album, while not listening to the rest. I was hooked, yet I never purchased the Heartbreakers’ eponymous debut album for another three years.

You see, as much as I adored “Breakdown,” I was still not a daring listener when it came to music. I was not really admitting to too many people in my life just which artists I preferred: Queen, Petty, the punk artists of the day, disco, etc. Instead, I maintained a façade in which I loved Rush, Skynyrd, Foreigner, and so on. In reality, I was a combination of tough music with a power pop bent and tough yet sensitive lyrics. And guess who filled that void rather nicely? Tom Petty & the Heartbreakers, of course.

Fast forward to Christmas 1979. I was in love with a big radio hit of the day entitled “Don’t Do Me like That.” So, the Dunwiddie sisters from down the street, who were like my own sisters, got me Petty’s third album Damn the Torpedoes for Christmas. And, I LOVED that album. It was the first in a series of albums that were released during a four year period which changed my life forever. From that moment onward, I was a Tom Petty & the Heartbreakers fan.

So, today, I finally comeback from my two-month hiatus in order to bring you numbers 76 through 100 on my Top 100 Tom Petty Songs. This list has songs from all versions of Mr. Petty, with and without The Heartbreakers, part of Mudcrutch and the Traveling Wilburys, that supergroup in which Petty joined forces with George Harrison, Bob Dylan, Roy Orbison and ELO leader Jeff Lynne. I understand there are some more devoted Petty fans out there whose list would be way different, and perhaps more valid, than mine. I make no apologies for the fact that I am mostly a Top 40-kind of guy. I will always dig those classic radio hits from the days of long ago, so that will constantly influence my lists. 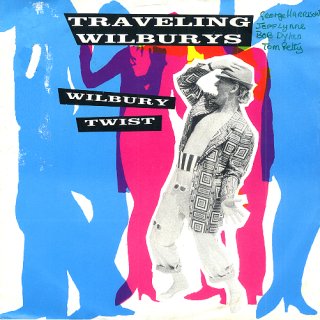 And that wraps up the first of four days honoring the greatness of one Tom Petty!