In the spring of 1981, my high school days were quickly wrapping up, and I was walking through Target with my mom and younger brother. As we neared the music department of the store, jokingly I started yelling “Magnetic draw!” and feigned the magnetic pull of the albums and cassettes on my body. I had them laughing a bit until I turned my head to see that a new Tom Petty & the Heartbreakers album was on display (and on sale for $6.98! Those were the days.). All I said, apparently in a longing voice, was, “Tom Petty…” Bless her heart, Mom took the album from my hands and said that I owed her one more good race tomorrow at the Sectional. It was my final year of track and the big Sectional meet was happening. Unfortunately, it just so happened that four of the top six runners in the State meet that year were all in my event, the 800-meter dash. So, running against these guys was equal to running at the State meet each week. For me to advance, I would have to run a great race, but it was not out of the question since I was state-ranked as well.

In 1980, I had placed sixth in the Sectional meet, and was one of five underclassmen in that race. So, it was not out of the question that I could pull off some magic. The bad thing was that I was suffering from the beginning stages of the back issues that have now full-on plagued me through the twenty-first century. Still, I did have a reputation for popping a big performance on big stages.

Unfortunately, that Thursday night on the track of a small sized high school named Elwood High School, I finished eighth with my personal best time. I had given it my all, but my state meet dream ended right there and then. I can still feel the empty pain in my body as I walked off the track for the last time as a high school athlete. The crazy thing is that you could have entered me in any other Sectional in the state that year and I would have been a top 4 finisher and qualified for the Regional meet the following week. But, I had the unfortunate luck of going to a school that was in a loaded Sectional.

After I got home late that night, I took a shower, put my uniform and sweats in the washer, then went to my bedroom to reflect, known to athletes as sulking. That’s when I put Tom Petty’s new album Hard Promises on my turntable and stared at the ceiling. And, that album got me through that rough patch of my once-promising running career coming to an end, not to mention the end of much of adolescent life in my hometown. I really would not come back to this town for another decade as a husband and father who was studying to become a teacher and coach.

You see, Tom Petty’s music got me through all of that stuff. He got me through the end of the high school athletic career in basketball, cross country and track that year. Petty got me through the break-up with my girlfriend with whom I had be with my whole senior year. In retrospect, I handled the whole thing terribly, but my sudden break-up only allowed the two of us get on with life much sooner than we probably could have. And although I was only going to be a half-hour drive from home at Ball State, it might as well been ten states away as calls to the hometown were long-distance rates, plus I did not have a car to run home whenever I wanted. I was gaining my own identity without having to settle for the one I was given in my hometown.

The best part was that Tom Petty’s lyrics seemed to anticipate and understand my state of mind at the time. Even today, 40 years later, I can put Hard Promises on my turntable and feel that very same pit in my stomach telling me that one chapter of my life was ending and that it was time to begin writing the next chapter.

Hard Promises was such an influence on me, that I wrote a theme in my first college English class about how the lyrics to Petty’s overlooked duet with Stevie Nicks “Insider” related to my life. I remember getting an A on the paper, and the professor writing some very nice and encouraging things about this paper and my abilities. Unfortunately, that paper has been lost to time. Sometimes, I wish I had taken my journals and other forms of writing seriously and kept them because their might actually be some gems in those ghosts. Someone along the way had put the idea in my head that I was not a very good writer and should stick with something else. That teacher hated everything I turned in, so I got it in my head in high school that I was not a good writer. Today, I believe my writing is similar to my early days of running in that it is promising but I need to take it more seriously if I want to get better.

Still, Tom Petty taught me that a better day was around the corner and embrace it when it finally arrives. No matter how much bitching and complaining Tom and I do in our writing/lives, we still held on to the idea of hope, of a better future, a better life, a better humanity, a better song (in his case), a better race (in mine).

2016 absolutely sucked for rock music. We lost so many of the great ones, including David Bowie and George Micheal. But for those of us who love Prince and Tom Petty, 2016 blew hard. For me, I lost my two favorite artists of all time. The cool part is that their legacies continue to live on in my music collections. 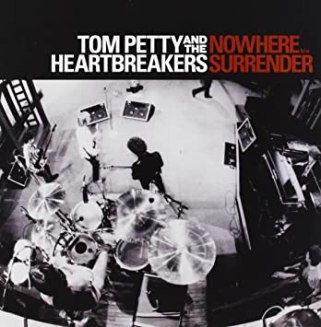 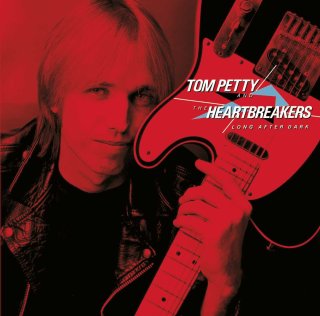 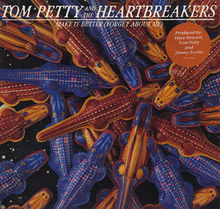 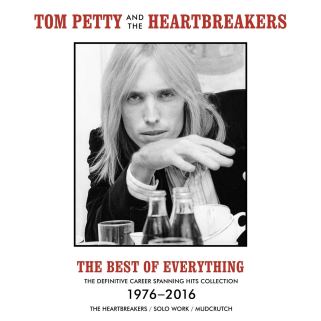 Have a great weekend! Peace!